The technology is a cornerstone of Ticketmaster’s official ticketing partnership with the National Football League. More than 100 venues have implemented Presence, and more than 13 million fans have entered venues using the technology.

“We’re honored to be named ‘Best in Sports Technology’ at this year’s Sports Business Awards. Ticketmaster Presence and digital tickets are primed to change the way fans experience live events,” said Justin Burleigh, Chief Product Officer, Ticketmaster North America. “And it’s all happening in the palm of your hand with your mobile device. It’s the kind of technology that venues, teams, artists and fans have been waiting for.”

“Ticketmaster has cracked the code of identifying every fan. The paper ticket is going to be a thing of the past. It’s just a matter of when, not if.” – Chris Gallagher, Chief Revenue Officer for Orlando SC. (October, 2017)

“The whole goal was to engage the fans and to have them have a better experience here at the arena. Now that we’ve gone digital, I don’t see us ever going back.” – Bobbie Walker, Vice President of Ticketing Operations, Larry H. Miller Sports and Entertainment.  (October, 2017)

“The proven strength of Ticketmaster’s ticketing platform leadership and their ability to deploy consumer-friendly technology to NFL fans at scale is what drove our selection of them as our strategic partner.” – Brian Lafemina, the NFL’s Senior Vice President of Club Business Development. (Source, October, 2017)

“We want them [fans] to have all of the conveniences of digital ticketing to better protect them from fraud while making ticket management easier than ever.” – Tyler Kirby, Kansas City Chiefs’ Vice President of Ticketing (Source, April, 2018)

Tech Crunch: Ticketmaster is taking NFL ticketing digital
“The deal also means that Ticketmaster’s “Presence” software which tracks ticket-trading, locks in identity of attendees, and provide validation and authentication for tickets sold on other marketplaces.”

Fast Company: The New Ticket To Digital Success
“The ticket shift was made possible by Ticketmaster, and put into overdrive with their new product, Ticketmaster Presence, a state-of-the-art platform that was unveiled last year.”

Sports Business Journal: How teams benefit from tracking ticket’s life cycle
“Fully tracking the life cycle of a ticket…has long been a goal of ticketing executives.”

Barron’s: Ticketmaster Has a Plan to Get Rid of Tickets
“Scammers will have a harder time creating counterfeit versions of these new tickets.”

About Ticketmaster
Ticketmaster is the global market leader in live event ticketing that drives 500 million ticket transactions per year. Through exclusive partnerships with thousands of venues, artists, sports leagues, and arts and theater tours, Ticketmaster delivers unparalleled access to the most iconic live events to millions of fans worldwide. 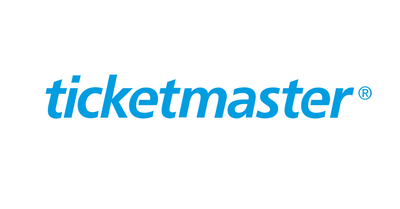 Why Your Employee Approach Can Undermine Sports Business Success

The Humane Society of the United States